After years of planning to fix up what was considered a blighted shopping center in the Centereach community, the newly established New Village Plaza located on Middle Country Road is quickly filling up with national and local businesses.

Designed with two phases in mind, the first phase at revamping the once semi-vacant center at 1700 Middle Country Road included adding two buildings with several shops inside. Both buildings are strip malls and are officially fully leased out.

“We are very pleased with the tenant mix, as we have a great combination of national brands and strong local operators — most with multiple locations,” said Jason Sobel, a broker with the property’s developer, Ripco Real Estate Corp. “We believe New Village Plaza will be a great addition to the community.”

Construction of the rear part of the property (a third building in the center known as Phase 2) has no timetable on when construction will commence, Sobel told GreaterPortJeff, so leasing has not begun. “We hope to begin leasing efforts for the rear of the property early in 2020,” he said.

But since Phase 1’s official ribbon-cutting back in November, the different shops are finally starting to open up, filling up the lot with eager customers ready to see what the center brings. On average, Ripco Real Estate Corp. estimates over 40,000 visitors per day drive past the site, which is only 6 miles from Stony Brook University and just 2 miles from Suffolk County Community College.

Councilman Kevin LaValle joined everyone at the ribbon-cutting and expressed his excitement for the new spaces opening up.

“I was very happy to celebrate the grand opening of the New Village Plaza and welcome all the new businesses to Centereach,” he said. “This grand opening shows once again that Brookhaven is open for business.”

Here’s what you can find now and what is soon-to-be opening at New Village Plaza.

The 3,000-square-foot restaurant is the third location on the island, first opening up in Amityville in 2002.

Since then, Brownstones Coffee has been bringing breakfast and brunch to hungry Long Islanders with their signature dishes and hot drinks.

Besides the new Centereach and its Amityville shops, Brownstones is also found in East Northport, West Islip and East Hanover, New Jersey.

The new Centereach breakfast spot opened up this December.

This 3,270 square-foot nail salon has been open for a few months now and offers a selection of spa services.

Swolehouse is a 1,700-square-foot shop that specializes in meal preparations, supplements and apparel.

According to its website, you can place an order for a custom meal plan, get it delivered to your home, and then heat and eat.

A cajun restaurant is in the works for New Village Plaza.

The eatery, Voodoo Crab, has two locations in Massapequa and Rockville Centre.

With hundreds of locations, this 6,450 square-foot space will offer a full range of healthcare services to the Centereach community.

Their goal, according to their website, “is to provide you with the care you need, when and where you need it.”

Opened in early mid-November with a drive-thru, Arby’s is known for its roast beef sandwiches. It’s located in the second building (adjacent to the strip mall that houses Brownstones).

This Centereach location is the second Arby’s in Suffolk County — the other spot is in Lindenhurst.

The Texas-based chicken wing restaurant is expected opened up this month.

The fast and casual wing joint has more than 1,250 restaurants across the United States and around the world, but this will be Suffolk County’s second. The other location is in North Babylon.

Officially opened, this AT&T location is here to serve its customers with the latest cellphones, wireless tablets and accessories.

Another restaurant that made its way into New Village Plaza, Cabo Fresh is known for its California-inspired Mexican cuisine in a fast, casual atmosphere. 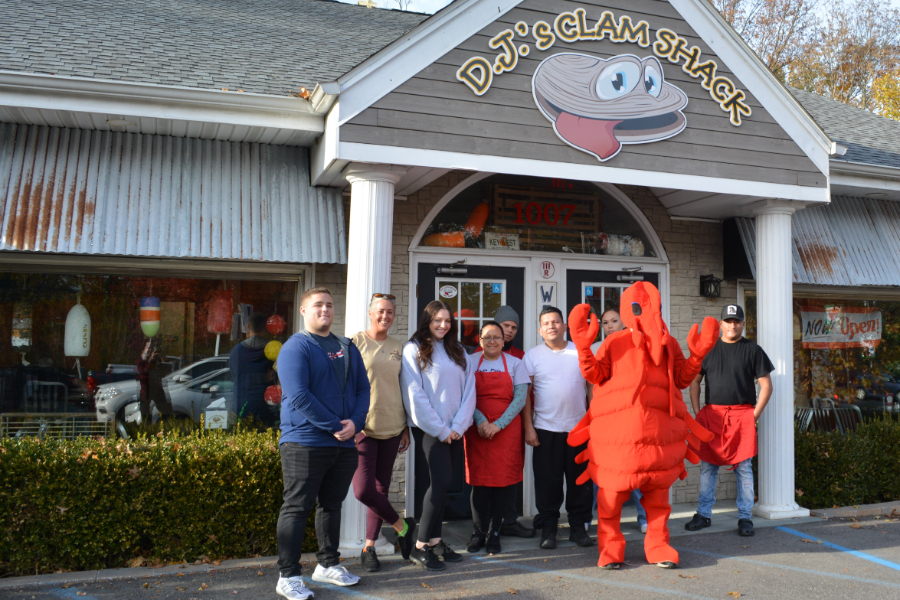