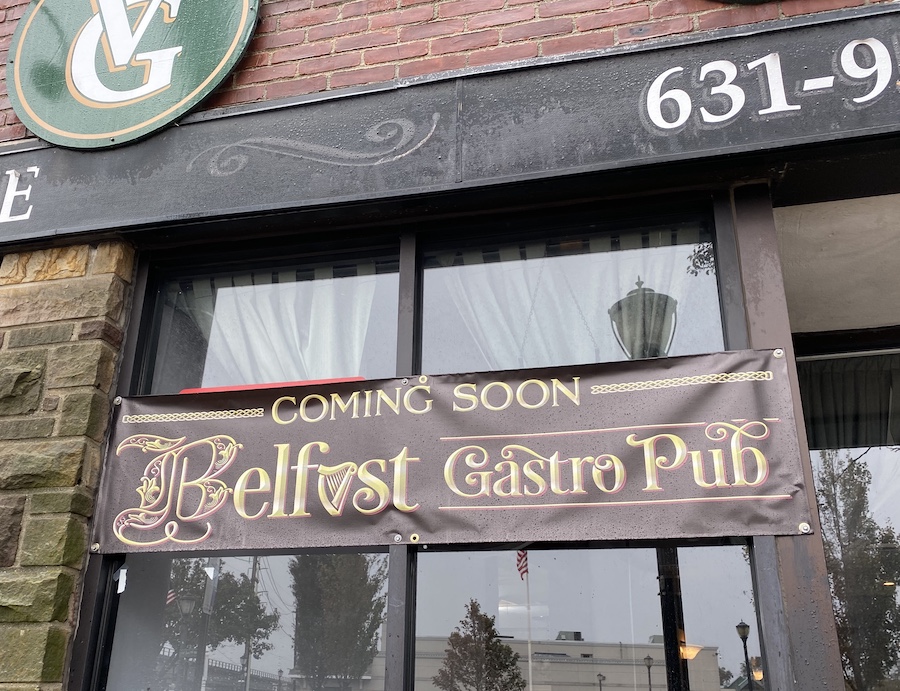 Dave Crowe, a veteran in the Irish pub game, is opening a new spot, this time in Lindenhurst.

The venture is being called Belfast Gastropub and it will fill the now-closed Villa Gaia at 101 N. Wellwood Ave.

His team from Flanagan’s are opening their own Irish pub — The Harp and Hound — in the old Islip location on Main Street on Oct. 15.

Flanagan’s is a widely recognized name on Long Island, especially in Ronkonkoma, and now the Village of Lindenhurst has welcomed Crowe to the up-and-coming downtown.

“I find that the loyalty that I’ve shown, and the people of Ronkonkoma has shown, and I believe the same type of loyalty is in Lindenhurst,” Crowe said.

Crowe’s journey in the restaurant business all started with a single cash register.

However, it is not just any old cash register — it has survived two World Wars and an explosion in a pub in Belfast, Ireland.

A few years ago, Crowe had the register revamped and it serves as a reminder of his beginnings and the significance of the Irish city.

“Belfast is a fine city, and the name is important to me,” he said. “I want people to open their eyes and scratch their head and go, ‘Wow, someone’s naming their pub Belfast’ because it has a history.”

Belfast Gastropub will replace the former Villa Gaia, which was part of the Lindenhurst community since 2011.

The former Italian restaurant was up for lease before the COVID-19 pandemic and closed once the outbreak began.

Crowe said the location being in the heart of the village, as well as its close proximity to the train station and park, is what drew him to the spot.

Belfast Gastropub is currently in the beginning stages of construction, and Crowe said he plans on including outdoor dining, an interior dining area called the Bunratty Room — after one of Ireland’s most famous castles — as well as a nice, comfortable bar atmosphere.

“I like to walk into a restaurant with my daughter in one hand and my mom in the other and always feel comfortable that we’re in a good, safe environment,” he said.

Crowe is aiming to have the pub open before Christmas.

“It would be fantastic if I could get it open before Christmas,” Crowe said. “It’s a happy time and people love shopping, going out to dinner.”

Lindenhurst Village is currently going through a downtown revitalization and Crowe said he wants Belfast Gastropub to contribute to its revival.

“The village was brilliant to me, opened their doors, and was so accommodating,” Crowe said. “My restaurant would be part of the foundation of this renewal of the downtown area.”

Continue to follow GreaterBabylon for updates on Belfast Gastropub.