Grab your pints, mugs, and pilsners, because Peconic County Brewing is aiming to open in Riverhead this September.

Jeff Schaeffer, the creator of Long Island Beer Authority blog and podcast, always had a love for great beer “brewing” inside him, and opening his own brewery was a lifelong dream of his.

Well, Schaeffer is making that dream into a reality at the beginning of September.

The brewery space also has a 2,000-square-foot deck outside, a stage for local music, space for cornhole, a full kitchen, and of course, a wide selection of beer.

Here’s a design of the layout:

Schaeffer, who is from Patchogue, said he decided on Riverhead as the location for his new brewery because of the town’s “strong beer community.”

Riverhead is known for being the capital of craft beers on Long Island amongst beer fanatics.

“I think Riverhead has become a destination for really good craft beer,” Schaeffer said. “This is a hub and an up and coming area that I really want to watch and be a part of the growth of.”

Schaeffer said he sees a lot of similarities between Riverhead and Patchogue’s brewery scene. Not long ago, Patchogue Beer Project Brewery and Blue Point Brewing Company set up shop in Patchogue.

Long Island Beer Authority started with Schaeffer’s love for beer and brewers. He joked that starting his own brewery was “some terrible idea that just never went away.”

The idea of building his own brand and own beer company was a dream he wasn’t sure he could make happen.

“I’ve always had a love for really good beer, and the idea of having your own brand or brewery always seemed impossible,” Schaeffer said.

But, after meeting different brewers across Long Island who achieved their dream, he felt it was that much more attainable.

“They’re the kind of people who just kind of went for it,” he said. “They took that next step and took on that next obstacle.”

Schaeffer said he was hoping to originally open the brewery in April or May, but due to the COVID-19 pandemic, he decided to hold off.

He said if they were to open and immediately shut down, it would have been “detrimental” to its success.

“Obviously there are many more important things that have been affected by this than my little brewery, but it has made a hard process a little harder and a little more inconvenient,” he said. “But, September is a great time to open and that’s what we’re pushing for.”

Schaeffer hopes Peconic County Brewing’s waterfront location and family-friendly space will be the defining factors of the brewery. He said he wants to accompany his beer with the overall experience.

“There is so much great beer on Long Island, that I can never promise you that I’m going to have the best beer you’ve ever had, it’s like pizza that way,” he said. “I try to focus on having really great beer, in a really amazing space where you’ll want to be — a space that is comfortable for families that also happens to have great beer, great food, and a great atmosphere.”

As for the future of the brewery, Schaeffer hopes Peconic County Brewing is a place other people will be proud to be a part of. He said success to him looks like building a strong community.

And for all the aspiring brewers out there, Schaeffer’s advice is to keep the dream alive.

“It is possible, you just got to keep pushing and keep wanting it,” he said. “I didn’t realize it was my dream job until it was right in front of me.” 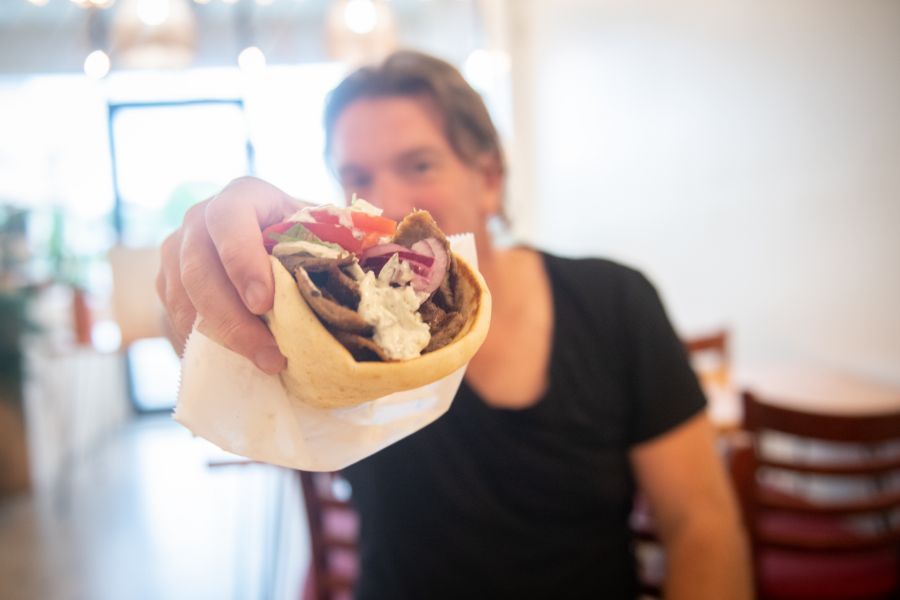 We asked for Long Island’s best Greek gyros. Then we ate and shot photos