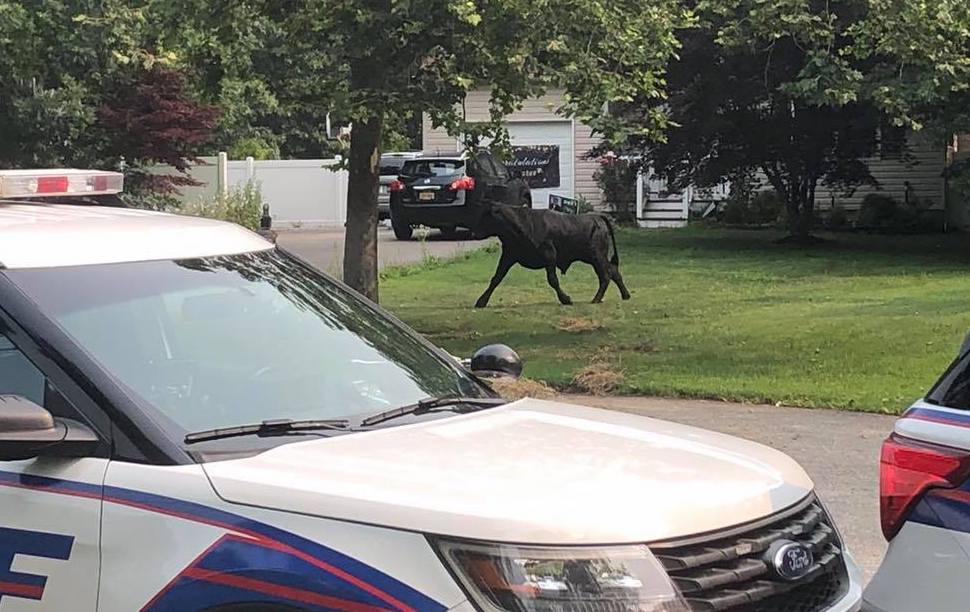 Day six in the search for Barney the bull came and went quietly Sunday, with no new sightings reported of the big black bovine who escaped from captivity Tuesday and scampered through Mastic and Shirley neighborhoods.

Barney ran from a Moriches farm and certain death early Tuesday. He he had been slated to be sacrificed as part of a religious holiday ceremony.

Named Barney by rescue workers because the farm he escaped from is on Barnes Road, the Texas-born bull has seemingly been holed up in a grassy Moriches field near the farm he bolted from for nearly six days.

If and when the bull is captured, he is expected to be taken to an animal sanctuary in New Jersey, where he will live out his days.

One of the leaders of the rescue team confirmed to GreaterMoriches that the bull remains on the loose and that there were no reported sightings of him today.