Owner and lifelong rocker Stevie Reno told GreaterBayShore that after two years of working on this project, he and his team are aiming to open the frankfurter joint in the downtown on May 14.

The restaurant recently received its state liquor license, so now it’s just working out the other kinks before officially opening the doors to the public.

“I’ve never owned this much liquor in my life, it’s so exciting,” Reno joked. “It’s been quite a journey.”

The former dentist’s office has been completely transformed into a 1970s classic rock and craft hot dog mecca.

A starry-like bar-top, original 70s magazines, guitar frets and vintage vinyls are all part of the Rock City Dogs décor.

The main attraction and eye-catcher: a massive, lit-up Rock City Dogs sign beaming above the bar.

The big idea is that dining at Rock City Dogs is meant to feel like a “show,” he said, with the patrons being the main event.

The dining area will hold 42 seats. The bar will seat 13 with room for standing, along with four tables, give or take, outside.

Speaking of the menu, look for 10 kinds of craft hot dogs inspired by rock bands, such as the signature Rock City Dog.

But it’s not just dogs.

There will be burgers made from custom beef blend patties, as well as salads and wings, rock-inspired cocktails and plenty of beer.

“It’s a long time coming isn’t it, but now we can stand here and say ‘we did this,” said Reno’s wife and business partner, Vina Vollmer. “It’s come out beautiful.”

Check out GreaterBayShore’s previous coverage for the full story on how Rock City Dogs came to be and continue to follow us for opening updates.

Scroll down for a sneak peek of Rock City Dogs.

Top: The Rock City Dogs crew and logo on the exterior of the building. 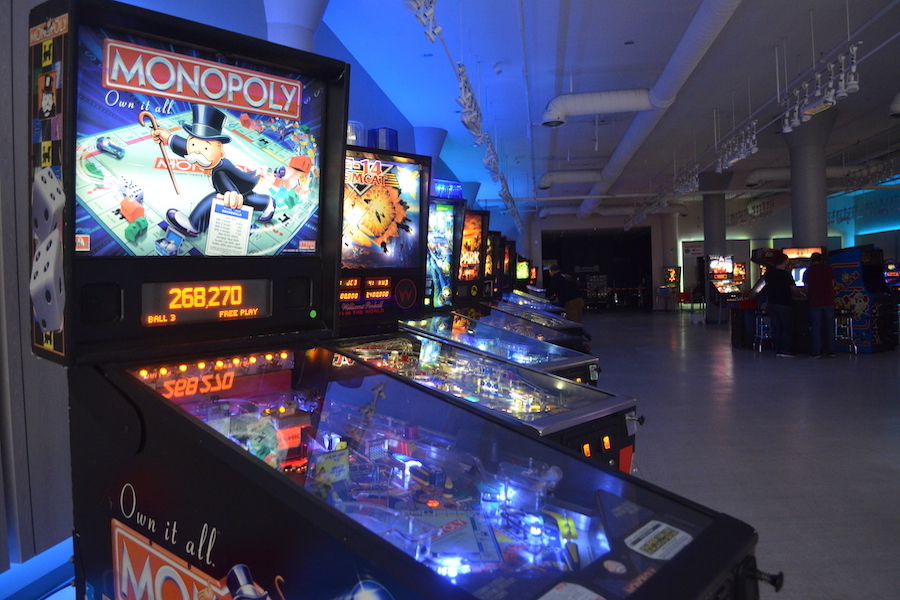