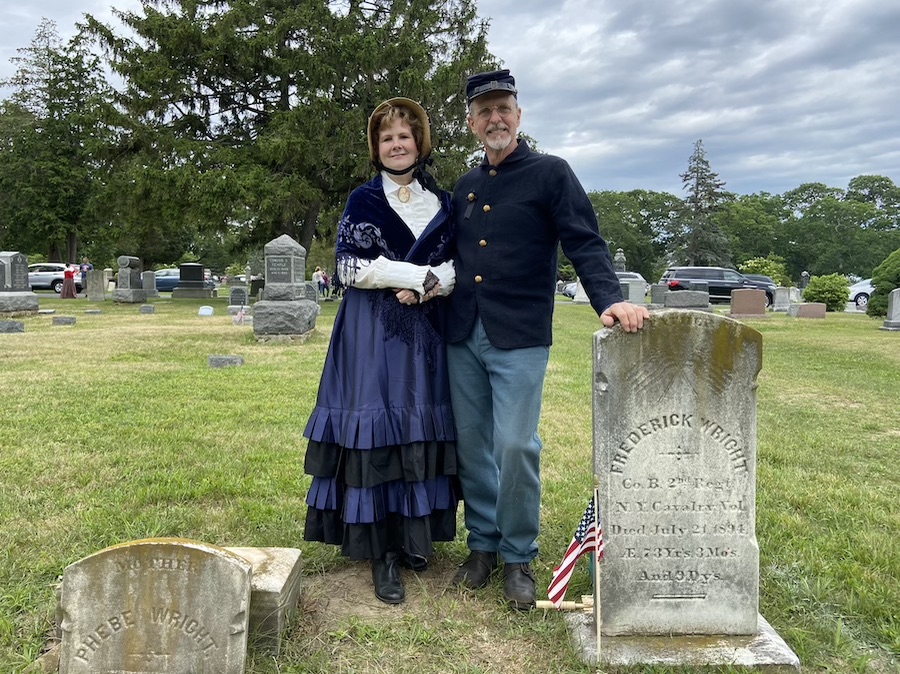 Dozens gathered today at Oakwood Cemetery to take a walk through time with Bay Shore and Islip’s famous and infamous.

Members of the historical society dressed in period garb and impersonated the deceased while giving insight into the persons’ backstories and Long Island history.

The tour featured Revolutionary War soldiers, a nineteenth-century surgeon, a man who assisted in the Abraham Lincoln assassination, an Islip-born pirate, a pillar of Bay Shore’s African American community, and more.

“Why I think the tour is such a great idea is because the tombstones and the people buried here are in fact the history of the area, and they’re the permanent history,” said Jack Weishahn, president of the Historical Society board. “Everybody’s story means something here.”

The historical society emphasized that they hope the tour will help change people’s perception of cemeteries and shift their view of it being a dark place to a place of remembrance.

Check out scenes from the second annual Oakwood Cemetery tour below.