But business has been good.

People are now booking him for private events, too.

On any given Friday, Saturday or Sunday, Gonzalez can be seen serving up his signature empanadas, burgers, hot dogs and Philly cheesesteaks on heroes with garlic-infused compound butter — either at breweries, private parties, corporate functions and block parties, even Brookhaven National Lab in Upton.

(Note: Lunchbox no longer has a regular location. Click here for location updates.)

Those who miss the mobile eatery can likely catch Gonzalez at his other business, Heritage Deli in Smithtown, which he opened in April of 2019, more than a decade after a drug arrest that nearly derailed his life.

Two years after getting kicked out of his mother’s house at 18, Gonzalez got caught selling drugs to an undercover police officer.

“Friends were letting me sleep on their floors and their couches for a little while,” Gonzalez said of the buildup to his regretted decision to find “an easy way out” of dire straits.

“I had no car, I had no nothing. I was at rock bottom basically.”

He was given five years probation, and although he did not serve jail time, he said his prospects as a felon were limited. He narrowed his path down to two options: own his own business or join the National Guard.

For the time being, he needed a gig close to home in Port Jefferson, and Peter McDermott’s Northside Deli in Mount Sinai fit the bill.

“I never wanted to do a job like working in a deli,” Gonzalez said. “I wanted to go to college and I had big dreams, but that [conviction] really messed up my life.”

However, this was the job that would shape the rest of his professional and personal life.

“He became like a father figure to me,” Gonzalez said of McDermott. “He taught me morals. He taught me everything with the deli.”

Gonzalez said in his 20s he worked 65 hours weeks without regret.

Eleven years later, he and his father-in-law opened Heritage Deli. McDermott provided his long-time employee with contacts for suppliers and other people he would need to get off to a strong start.

“My life could have went so much worse,” Gonzalez said. “There were two roads I could have taken and I’m glad I took the right road.”

Northside Deli was also where Gonzalez met his future wife, Amanda, who swept floors at the barber shop in the same shopping center.

Two months ago, the couple of 10 years welcomed their first child to the world, a daughter named Maya.

“I wouldn’t be where I am today without Peter McDermott giving me that guidance, or my father-in-law,” Gonzalez said. “People took me under their wing and my life is so different now, it’s a complete 180 from when I was 20.”

The new father is drawing on the influence of those who made a difference in his life and trying to “pay it forward” to his new business partner, 20-year-old Heritage Deli employee Kyle Buergert.

Gonzalez said he wanted to ensure the young man has something to call his own, and avoid the path he wandered down.

“I saw myself in him basically,” Gonzalez said of Buergert. 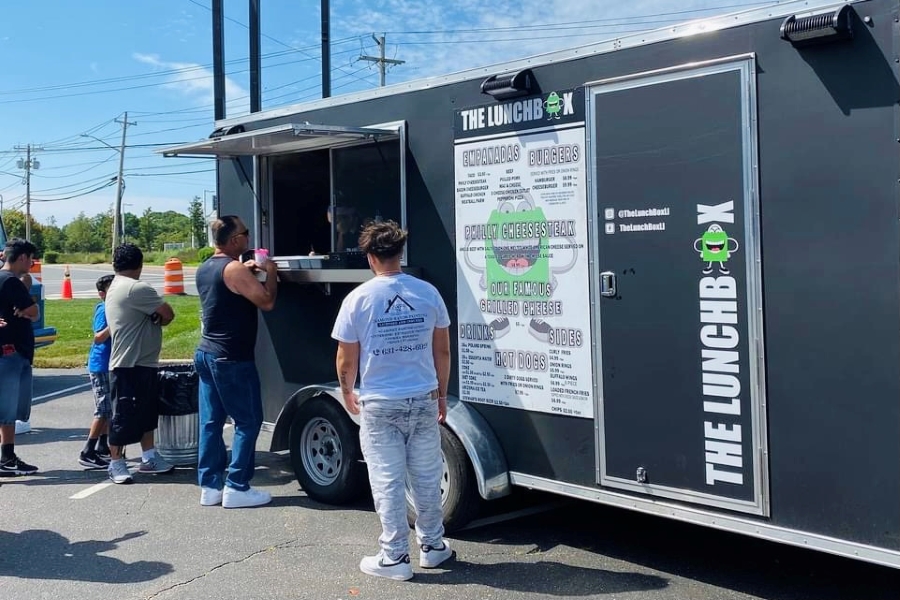