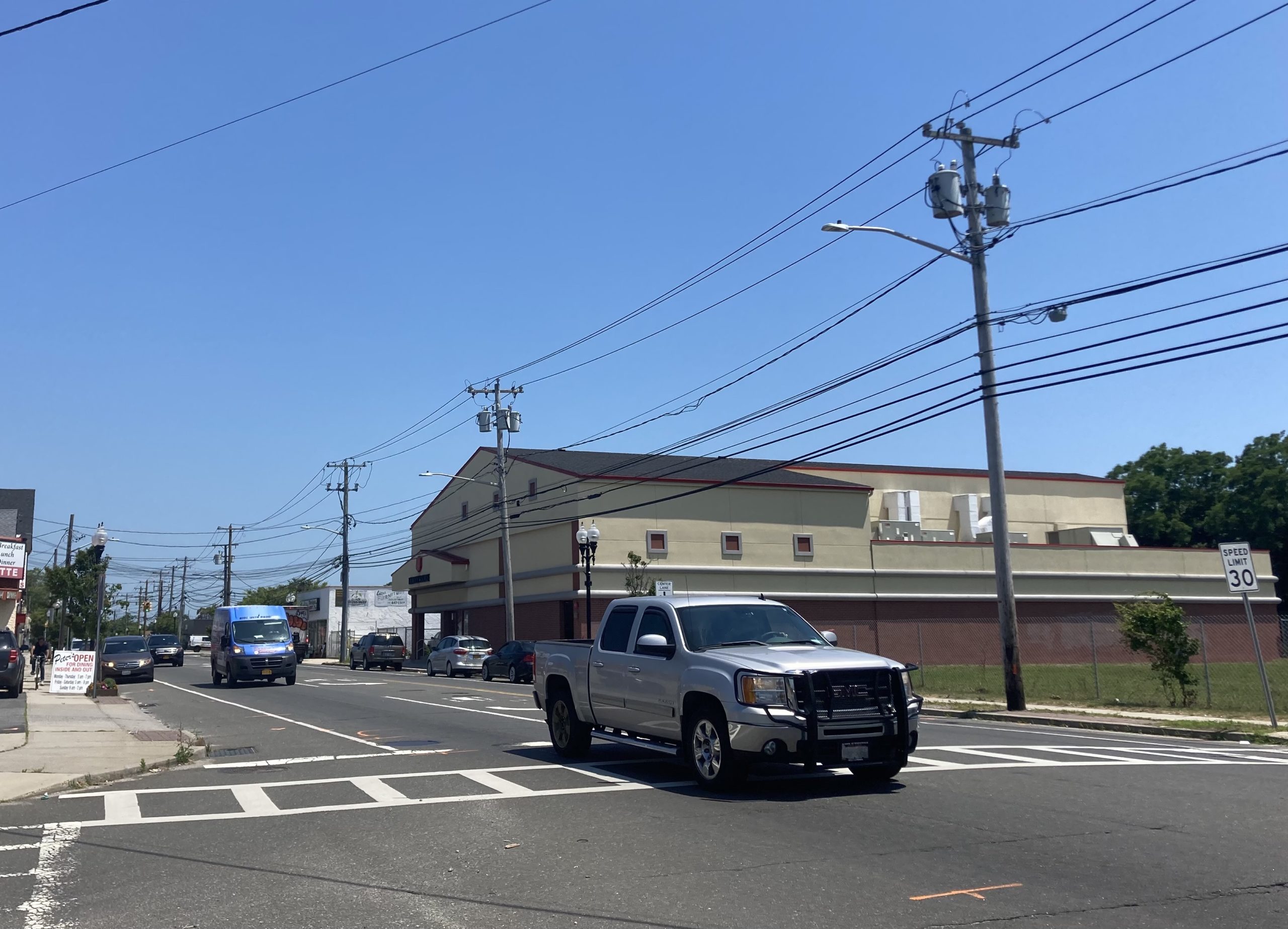 Three building plans that would revitalize East Patchogue are in the works, and at least one could reach approval this fall, according to Brookhaven Town Councilman Neil Foley.

Developers G4, Rechler and NRP are working with the Town of Brookhaven to build upon what’s now a blank slate zoning slate for the area: the overlay district approved last year. The district is divided into two zones: A and B.

Zone A runs north of Montauk Highway from Bay Avenue to Evergreen Avenue. It allows multifamily residencies for up to three stories and a density of 25 units per acre. Zone B covers Case Avenue to Washington Avenue and allows two-story structures and 20 units per acre.

While each of their plans are unique from one another, Foley said the three developers have one thing in common:

“All three developers are looking to sit down with the community to see what [the locals] want.”

Foley noted the Focus East Patchogue civic group, which worked alongside him in the creation of the overlay district, has been an important presence throughout the process.

“We want the right types of projects that will bring investment and will bring people, families, all in an effort to revitalize the community,” said John Quatrale, a Focus East Patchogue board member of 15 years. He said he has been in contact with both G4 and Rechler and has seen their plans, but only recently learned of NRP’s plans.

“So far what we’ve seen we like very much and hope that it will continue,” Quatrale said. “They’ve been open to our input along the way. We’re eager for the development and looking forward to it.”

Lots of apartments and some retail

The three developers are not competing with one another for the chance to redevelop the area. Rather, each is looking to overhaul a different sites with their own projects.

Currently, only G4’s plans are available through public record.

The site plans (below) indicate three, two-story apartment buildings between 12,000 and 20,000 square feet each, set behind the Dunkin’ Donuts and across from New York Cancer and Blood on East Main Street. Patchogue area residents will recognize the area as the site of the former Plaza Theatre, demolished 10 years ago this September.

The plans also indicate an area of property near the corner of Montauk Highway and Avery Avenue that would be allocated for a future Town of Brookhaven civic plaza. Councilman Foley said this reserved land will be turned into a sitting park.

While there are no publicly available plans for the Rechler development, Foley explained that the developer is planning to transform the Mediterranean Manor, which remains out of use since before the pandemic, into a three story market-rate housing structure. He said the plan will be akin to Rechler’s Greybarn in Amityville, which boasts modern luxury apartments with amenities and walkable green space.

The Mediterranean Manor is “the best first domino to fall down there,” according to Suffolk County Legislator presiding officer Rob Calarco.

“There’s a lot of acreage with that property, and I think that would be a really good place to start.”

Across from the Salvation Army at the corner of Grove Ave and Montauk Highway, NRP is proposing a two-story structure with more market-rate apartments, as well as retail storefronts on the bottom story, Foley said.

Calarco said mixed-use retail and apartment structures would help revitalize the downtown area, and indicated limitations on the number of stories would influence such projects.

A decade in the making

The town approved the overlay district in 2020 to increase the number of housing units allowed per acre, but plans to breathe life into the area east of the revitalized Patchogue Village have been underway for over a decade.

In 2010, when Timothy Mazzei was the councilman for the 5th district, the Town of Brookhaven released a revitalization plan for East Patchogue’s Main Street corridor.

The document described the area as “typical of an obsolescent pre-World War II downtown suffering decline and lack of investment due to the proximity of large-scale retailers on nearby major transportation routes.”

The plan outlined areas for revitalization, explored results of surveys seeking community input and delivered recommendations to attract investment into the downtown area. Among many things, it called for “a more compact neighborhood with a mix of uses and housing types,” safely walkable with civic spaces such as pocket parks.

Quatrale grew up in East Patchogue and moved back to the area 15 years ago, when the Village of Patchogue to the west was starting to enjoy its rebirth. He pushed for Patchogue revitalization in the east.

The Plaza Theater, which Quatrale said “stood towering over the community as a blight” was a primary target for the Focus East Patchogue Civic.

“It cast a shadow over the area,” Quatrale said. “If you drive down the street and you see a four-story movie theater that’s boarded up, full of pigeons and graffiti, that’s not sending the right message.”

The defunct theater was not a lone eyesore in the corridor.

The town’s 2010 revitalization plan expresses “the East Patchogue area is highly blighted with multiple vacant buildings, vacant lots, and deteriorated structures… they make the area unappealing to shoppers and to investors, who are unlikely to invest in the area because the blight compromises their ability to receive a solid return on their investment.”

As the civic requested, the town acquired the theater through eminent domain and it was demolished in 2011. Since that time, more buildings have come down, and sewers, a lifeline for growth on Long Island, came through to East Patchogue from the main in the village.

“The key element to all three of these projects is the investment the town made many years ago with the sewers” councilman Foley said. “The key here is sewers, that’s why the Village of Patchogue has gone through their wonderful renaissance.”

The county also aided the civic in its pursuit the stimulate the downtown corridor with an IDA corridor study, the results of which were released two years ago.

The corridor study helped the civic and the town strive for mixed-use development with ascetics that mirrored the Village of Patchogue’s walkability. “You don’t want to have the buildings set way back and have big parking lots in the front,” Quatrale said. “You want the buildings up to the curb and parking in the rear.”

“It really laid the foundation for moving forward,” Calarco said. “And the town took that regional plan, that corridor study, and converted that into the overlay zone for the East Main Street corridor. And that’s really what’s going to allow developers who want to come in invest in the community. It gives them the confidence they need to know the community is behind what the project is that they’re looking to move forward.”

“We’ve had some good slow and steady progress over the years,” Quatrale said. “And these next few projects are really key because these are the ones that are gonna bring the people, that’s gonna show people that its worth while to invest in the community and really help us that way.”

Although the town has only officially received site plans from G4, Foley said plans from all three developers are in the approval process.

He said plans for G4 and Rechler could be approved this fall, and those from NRP next year.

“I’d love to see some shovels in the ground early 2022,” Foley said. “And I think for [NRP] we’re looking at the approval process early 2022. So I think the people of East Patchogue are gonna see some really really wonderful developments happening in 2022.”