Foundations are being laid for the forthcoming Amazon “last-mile” warehouse at the corner of Broadway Ave and Veterans Memorial Highway in Holbrook.

The Town of Islip Planning Board approved nearly 150,000 square-foot Amazon.com Inc. distribution facility during a meeting in January. Construction on the warehouse is underway at 717 Broadway Ave., the site of the old Consumers Kitchens & Baths.

The facility is expected to open by the end of the year, according to an Amazon spokesperson.

He also said up to 60 percent of these trucks would arrive at the facility overnight.

From there, Amazon’s drivers then make the “last-mile” deliveries to consumers’ residences.

The Holbrook warehouse is one of a few of Amazon’s endeavors on Long Island. The company already has delivery centers in Shirley and Bethpage, and in addition to the Holbrook proposal, announced plans for warehouses in Westhampton Beach, Syosset and Carle Place.

“We are excited to continue to invest in the state of New York with new delivery stations that will provide efficient delivery for customers, and create thousands of job opportunities for the talented workforce,” the spokesperson said responding for comment via email. “These new delivery stations represent Amazon’s unwavering commitment to safety, technological innovations, and skilled teams who are obsessed with delivering for our customers.”

Amazon, based in Seattle, has more than 250 delivery stations across the country and “has created more than 34,000 jobs in New York and invested more than $7.1 billion across the state, including infrastructure and compensation,” according to the spokesperson.

She also noted that the site will create more than 100 full-time jobs, which will all pay a minimum of $15 per hour, as well as “hundreds of driver opportunities for Amazon’s Delivery Service Partners and Amazon Flex drivers.”

While the Holbrook warehouse will introduce job opportunities for Long Islanders, some residents contest the prospect a warehouse teeming with delivery trucks as their new neighbor.

Nicole Grucci is one such Holbrook homeowner protesting the internet giant’s plan. She created a petition on change.org addressed to the Town of Islip Planning Board and Suffolk County Executive Steve Bellone which lists nine points of opposition to the project.

Among her points of contention: pollution from idling trucks, increased traffic and sound and light pollution.

Amazon’s plans address some of the concerns outlined in Grucci’s petition.

To address the noise concerns, the town’s Zoning Board of Appeals approved a 24.4 foot high sound attenuating wall variance this past February. Since it’s posting this past January, Grucci’s petition has 282 signatures, just over halfway to its goal of 500 signers. 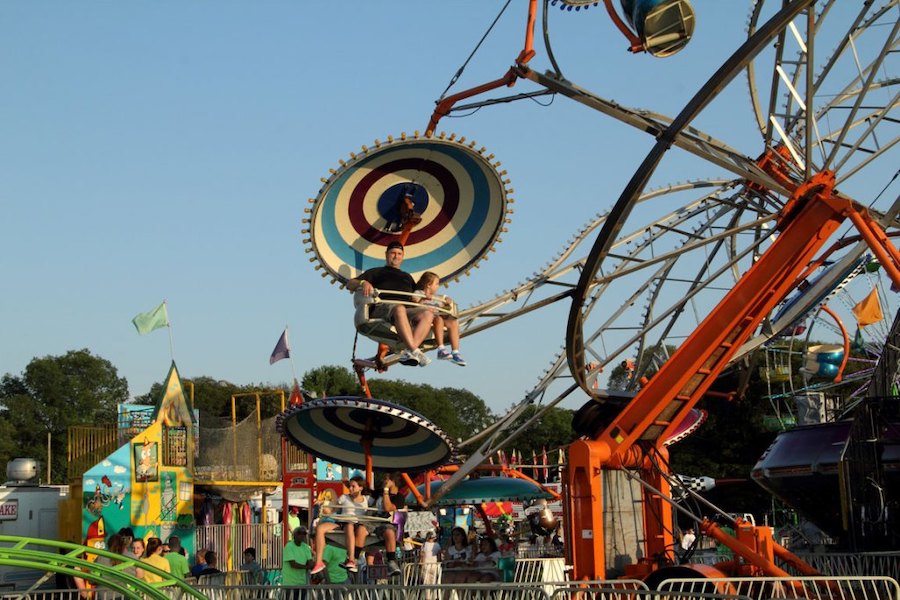