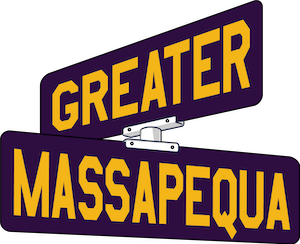 A major overhaul is slated for one of Long Island’s premier live music venues.

“New Yorkers have visited the historic Northwell Health at Jones Beach Theater for years to see their favorite artists perform, and this investment will fund critical improvements to this iconic venue,” Hochul said. “Thanks to this partnership between New York state and Live Nation Entertainment, we will create an even better experience for concert-goers and ensure that this theater remains a premier concert venue for years to come.”

The improved Jones Beach Theater will boast a new welcoming entrance and improved concourses, along with and new plazas that will add more food and beverage destinations. One of the plazas will be dedicated to local food and beverage options.

Several thousand upper level seats in the 14,500-seat amphitheater will be replaced, and restrooms will also be remodeled and increased in number by 20 percent.

The improvements to the Jones Beach Theater will come in multiple phases over the next five years. Tom See, chief operating officer for Live Nation’s Venue Nation, noted that concert-goers can will already notice significant improvements when they return for the 2023 summer season.

“Our plans … will add even more modern conveniences that fans enjoy, while staying true to the character of this historic venue,” See said. “We look forward to sharing the first phase of improvements with our fans next summer, and will continue to create an impact for years to come.”

The announcement follows another summer concert season in the books at Jones Beach. This year’s lineup boasted Train with Jewel and Blues Traveler, Josh Groban, comedians Chris Rock and Kevin Hart, Backstreet Boys, Tim McGraw and Korn, among other headliners.

The quintessential summer destination opened 70 years ago as the Jones Beach Marine Theater with about 8,200 seats. In addition to music, the theater was once a premier destination for Broadway-style performances.

Top photo: A rendering of the proposed improved entrance to the Northwell Health at Jones Beach Theater, courtesy of the New York State Office of Parks, Recreation and Historic Preservation.