This trend was unthinkable 25 years ago, whenb vinyl appeared in the twilight of its years and seemingly marked for death. Cassettes and CDs dealt devastating blows to the format and it shied away to irrelevancy in the digital age. But it never reached extinction.

While big players such as Kohl’s, Target and Walmart have found ways to ride vinyl’s newfound success, small mom-and-pop shops brimming with used vinyl records is what kept the format alive.

Suffolk County is home to nine of such shops at the forefront of the 21st century revinylization. From multigenerational family businesses to players starting out in the past decade, these stores are reacquainting experienced islanders with vinyl and introducing it to those born and raised in the information age.

We visited all of them. Scroll down for a virtual tour.

There are two kinds of crowds that pour into Record Stop just off Patchogue’s W. Main St.

The first are shoppers of all ages looking to score the newest releases pressed on wax and scrounge around the shop’s used bins.

The second are the bar-hopers and dinner-daters who begin to spill in after 6 p.m., according to two of the shop’s employees. “The night crowd peruses,” Izzy said from behind the shop’s counter. “It’s as if it’s an art exhibit or a museum.”

Despite the 21st century vinyl resurgence, record shops, particularly those in walkable areas like Patchogue, encounter many passers-through unware that record stores still exist and that plants pump out new pressing of old albums. “They don’t understand that they never stopped pressing vinyl,” Kap, one of Record Stop’s managers, said, toiling at an office desk brimming with used records.

Each of the store’s employees know a lot about a little, according to Kap. He is a self-professed soul, reggae, and hip-hop head, while Izzy is well-versed in 70s rock. They help guide customers looking for new discoveries in their respective expertise.

The mid-size shop is Record Stop’s third location change since it first opened in Lake Ronkonkoma in 1974. The floor space is dominated by new LPs, with used LPs and CDs shunted to the walls and endcaps. The store’s organization and display method for new 45s is its standout feature and surpasses that of other shops, where they tend to be sequestered in a separate section. At Record Stop, the shrink-wrapped seven-inch records occupy natural wooden cubbies mounted to the front of the LP bins of corresponding genres throughout the store.

Record Stop is a wholesaler, and as such, offers many items at slashed prices under the “Vinyl under $20” tab on its website.

The Patchogue shop, one of the company’s two brick-and-mortar locations, the other in Charleston, South Carolina, offers sales as well. On the twentieth of each month, 13 new LPs make their way to the bestsellers wall shelf, where they are discounted for $20. In the past, the wall has boasted a myriad of repressed classics, from Nirvana’s “Nevermind” to “Led Zeppelin II” and Nas’ “Illmatic” to Miles Davis’ “Kind of Blue.” This month, the wall boasts Judas Priest’s “Painkiller,” Lana Del Ray’s “Born to Die,” Nina Simone’s “Little Girl Blue,” and 10 others.

Record Store Day veterans and ordinary Patchogue Villagers are likely familiar with Record Stop’s celebration of the holiday. From lines around the block, to eating and drinking in the street all scored by live performances, the shop pulls out all the stops. Last year however, the shop limited its celebrated due to the COVID-19 pandemic.

Record Stop will carry RSD releases this year, but the shop has yet to announce the extent of its festivities for either drop day. 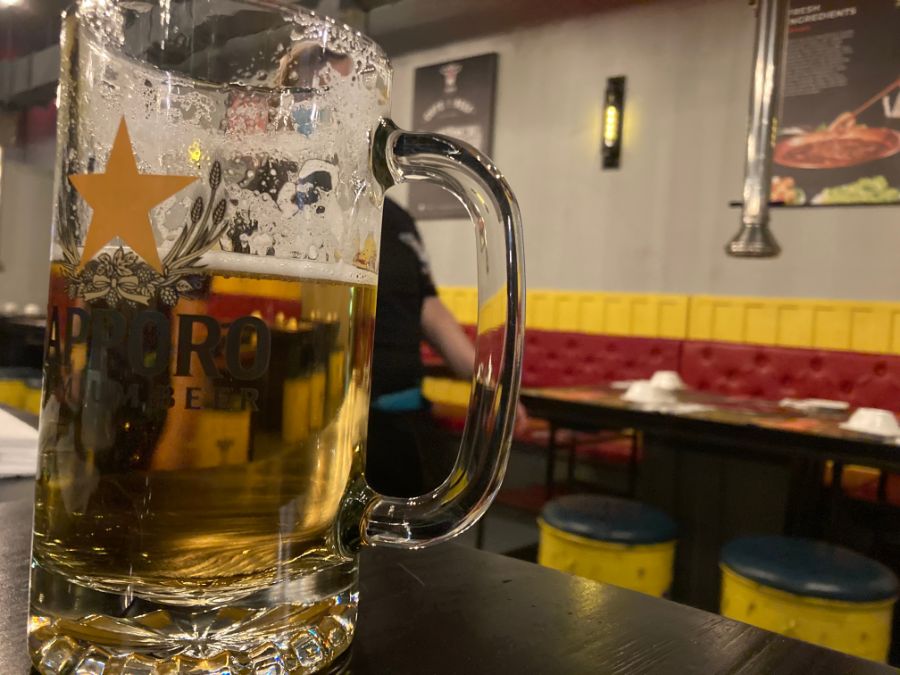